×Prices may differ slightly from the current shop price if the retailer has not updated them.
GHC 30
Books and Stationery
DESCRIPTION

Award winning author Frances Hardinge is a thrilling, fantasy filled read for any young adults interested in fantasy books. Fans of Patrick Ness will love these books which are full of magic, monsters and excitement.

Cuckoo Song When Triss wakes up after an accident, she knows that something is very wrong. She is insatiably hungry; her sister seems scared of her and her parents whisper behind closed doors. She looks through her diary to try to remember, but the pages have been ripped out.

Verdigris Deep One evening, Ryan and his friends steal some coins from a well. Soon after, strange things begin to happen. Peculiar marks burn on Ryan’s knuckles and light bulbs mysteriously explode. Then the well witch appears, with her fountains for eyes and gargled demands. From now on the children must serve her – and the wishes rotting at the bottom of her well.

On Gullstruck Island the volcanoes quarrel, beetles sing danger and occasionally a Lost is born . . .In the village of the Hollow Beasts live two sisters. Arilou is a Lost – a child with the power to depart her body and mind-fly with the winds – and Hathin is her helper. Together they hide a dangerous secret. Until sinister events threaten to uncover it. With a blue-skinned hunter on their trail and a dreadlocked warrior beside them, they must escape. Can the fate of two children decide the future of Gullstruck Island? 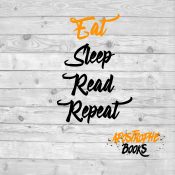